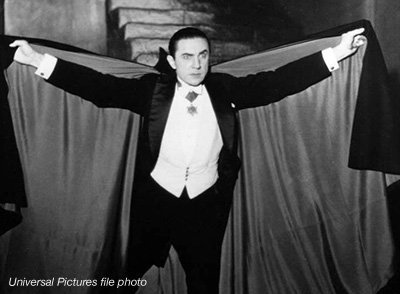 “Look at the sales office,” my new manager said, peeking through the Venetian blinds that gave her glassed-in cubicle an implied privacy. “A third of the people you see are vampires. A third are zombies. The rest are normal people, and they’re as frightened as sheep at a party hosted by wolves.”

Welcome to the office, I thought.

“Zombies?” I asked. I didn’t necessarily believe in them, but I was curious why my new manager seemed so preoccupied with mythical creatures populating her workforce. “Vampires? Really?”

“Yup,” she said, stepping away from the blinds and taking a seat behind a metal desk. “Maybe they aren’t the Bram Stoker variety vampires, or the B-movie zombies, but that’s what they are. I’m warning you, stay away from them. Get friendly with them and you’ll become one of them.”

She shuddered slightly and reached for her coffee, saw the cup was empty and put it down again.

“I know what I’m talking about. I’m not crazy. Years ago, they almost got me.”

I checked my watch and, sure enough, it was October 31. Halloween. This was a joke. Had to be. Tomorrow was my official start date, and I was on a post-hire orientation visit set up by the HR director.

The vampires were the friendly ones, I was told. They’d be the ones that would invite me to join them for lunch, or for a beer after work. Then they’d start to bring me into their conversations.

“At first, you’ll notice a few sarcastic cracks about company programs, or an interesting rumor. ‘Training is dumb,’ they’ll say. ‘Internal communications are a joke,’ they’ll tell you, and efforts to improve service or reduce waste or perform better are ‘just company ruses to trick people into working more without extra pay’,” she said.

“The vampires drink your creative blood, drain your enthusiasm, destroy morale and generally take the fun out of your job,” she said. “Eventually, you’ll start talking like they do. Then you’ll be one of them.”

“OK,” I said, still disbelieving, but starting to see a pattern. “What about the zombies?”

“In the movies, zombies are walking dead – reanimated corpses with an odd compulsion for dining on human brains,” she said. “Our zombies are worse. The working dead just shuffle through the day until they disappear to who-knows-where until the next morning. They’re beyond caring, beyond inspiration. They just keep their heads down and put in the time.”

“How’s that worse?” I ventured.

“At least the film zombies have rudimentary goals. Our zombies don’t have hobbies, dreams, desires. Not an amateur mechanic or stamp collector among them. Just – empty.”

In the movies,” I said, “there’s always a way to defeat them. Silver bullets, maybe. Or zombie oil.”

“I just made that up. Horror isn’t my genre. Anyway, there has to be a weakness that can be exploited to restore them to normalcy, isn’t there?”

“Remember when you were four,” she asked, “and there was a monster in your closet, or under your bed?”

“Well, are they still there?”

“Of course not,” I replied.

“Exactly,” she said. “When you stop worrying about them, they fade away. They can’t stand people who take satisfaction in their work, or who just flat out enjoy life. They despise being ignored and marginalized. Eventually, they begin to feed on each other until one day they just aren’t an issue anymore.”

OK, that’s the vampires, I thought, the asked, “What about the zombies?”

“Have interests. Be interesting. Some call it work-life balance, I just say, ‘have a life,’” my manager told me. “We hire well-rounded people. Stay that way. Do a great job here, but don’t forget to live while you do it.”

“It’s as simple as that? Have fun and the monsters will disappear?”

“I wish it were that easy,” she said, sighing. “Sometimes they make creating a productive environment real work. It is effective, though.”

I thought about that for a minute.

“So I’ll be working with vampires and zombies,” I said with an uncomfortable grin. “At least there are no werewolves.”

She looked at me, expressionless, then turned away, moving her attention to her other window, a grubby pane overlooking the building parking lot and a gas station. She scanned the clear but darkening October sky.

“You won’t see many of them,” my supervisor replied. “The werewolves are executives, mostly, and only a problem during a full moon.”

Scott H. Lewis is managing director for the CIS region of Signature Europe. A former journalist and public relations counselor, he has provided crisis, public speaking and presentation training to senior executives across Russia, Ukraine and Turkey.